but pausing bittorent is fine coz it helps the connection
Top

Mannnnnnnnnnnnnnnnnnnnnnnnnnnnnnnnnnnn, I don't know why the cave-dwelling upper admin echelon is trying to say you did a good job or were chill, most of them weren’t even active on the server last time you were around. You played for a week after a 2 1/2 year gap (your last notes were from August 2016 iirc, which were also bad), applied for admin, stayed for another 10 days, and then quit in a fit of AUTISM when antique tried to rectify a situation where you were doing something fucky with notes and refused to back down iirc.

I brought up a good amount of concerns about your attitude and shit on your first app and before they were resolved you used your babymin forum rank to completely wipe them (and the topic itself) off the forum so there's no trace of you being shit. It would not surprise me if that certain someone (clearly jacktheshyster) recommended you apply "now" because I wanted to vanish about a week ago. It would also not surprise me if he’s now using you as a mere TOOL since he’s probably also planning to reapply as evidenced by him trying to inject himself into forum shit while pretending to be an admin (idk why he only started doing forum shit after he was removed from being an admin, what a retard, amirite?).

I also don't like how Zyzarda is trying to defend your app by bringing up the admin apps of the people who probably never would have been put on text if not for themself in the first place.

I also don’t like how this app is snowballing.

You better give that story now because you very clearly opposed both our laxness with players and admin policies so saying otherwise just makes this all look even more sketchy.
Not that it matters because I’m not even in the discord. I wouldn’t have even posted if this all didn’t seem so suspicious and lame.

Let me make some corrections to your almost unintelligible rant.

Lets establish that during my trial Manly Dwarf was extremely active, as was Zyzarda and several Game Admins, however you were not.

There was no fit of autism and I at all times remained very calm, collected, and professional in my opinion, I however did leave after Antique attempted to reprimand me for something that a head admin advised me to do to begin with. I would like to make it clear that I never at any time knowingly broke policy, had I broken any policies it was not brought to my attention, I will also note that I was given nearly no on job training and was expected to 'know' the admin policy of the server without any direction. Now while that incident might have been part of the reason I left the actual reason I left is because I seen an inflammatory response to me being around which I felt could hurt the stability of the server which would undermine any good I could do for the server.

Regarding my initial application, the only issue you could come up with during that original application was you thought I would be competent and as such would be a threat to you.

As for the person who recommended I return, it was not Jack and I have no contact with him in any form.

As for the the laziness and outright abuse by several of the staff members, yes I made a few comments and reported a few abusive admins which is part of the reason my presence became inflammatory as admins which were insecure in their ability to respect players and control themselves thought they could be the next ones exposed for their behavior. But how about we do not jest and say it how it is here, you were one of those people who were concerned.

I must say this is the only time in this or my previous forum post that I actually needed to defend my integrity. Huh.

Edit: The roaches are kinda cute.

ADMIN EDIT:
Godsring may have forgotten to nuke this post, it was locked as well, first showcasing his ego and outright lying.
Last edited by godsring on August 12th, 2019, 8:37 am, edited 1 time in total.
Top

No need to give a paragraph to rift raft. I did not tell him to apply. 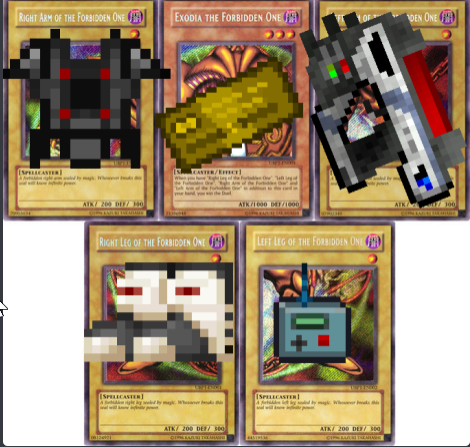 Return to “Hall of Fame”